Distance Aware is an NHS initiative that has been established to enable individuals and organisations to politely prompt ongoing distancing and respect of individual social space.

Since COVID-19 there has been a new focus on the need to maintain social distancing, while the public has made great efforts at this as with all things that require ongoing conscious efforts – people get tired. This, coupled with increased anxiety of many who feel vulnerable, the virus still being present in our communities and the shielding period coming to an end, has made a number of individuals explore the concept of polite prompting of others by a means of self-identifying with a badge or similar. 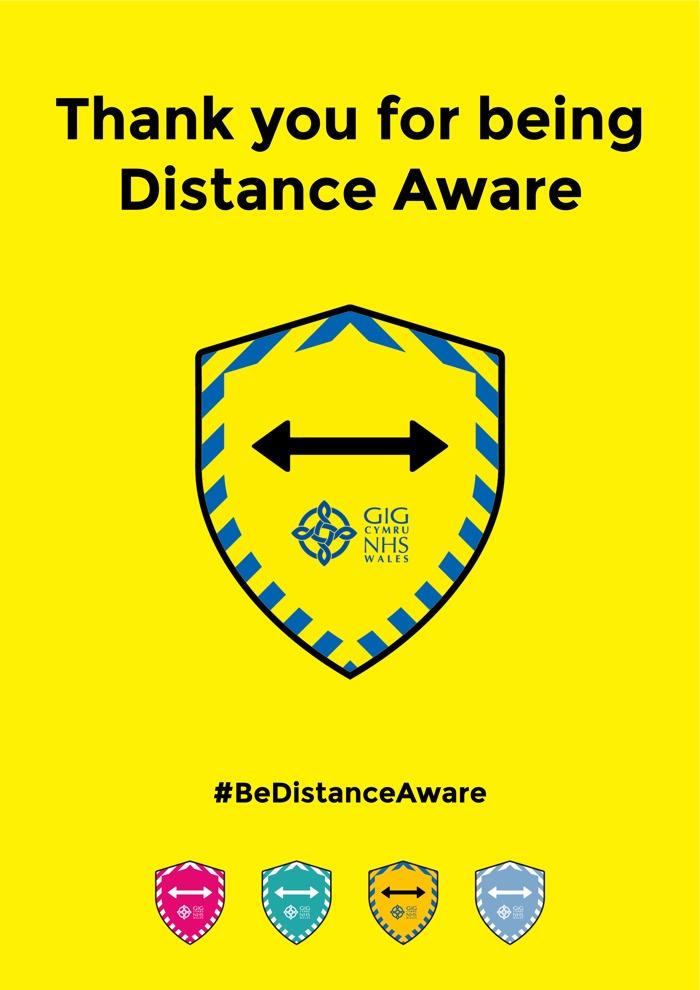 A google-poll of 1749 people in late June found that over 91% thought it was a good idea to have a badge or similar available to enable individuals to self-identify, with over 95% believing this choice could help those who feel vulnerable during the upcoming transition period. There is a general understanding of personal responsibility and respect for others as demonstrated by 99% of those who took part in the poll expressing that if they saw a badge/pin they recognised they would respect someone’s space and keep their distance.

The scheme is open to everyone (not just those who feel vulnerable or who may have been shielding) reflecting the fact that the need for ongoing social distancing is everyone’s responsibility going forward.

The scheme has been formally endorsed by the Welsh Government and has been presented to HMG with outcome pending. The symbol can be accessed and downloaded via the Bevan Commission website at www.bevancommission.org/distance-aware and is available as a badge from Kidney Care UK.