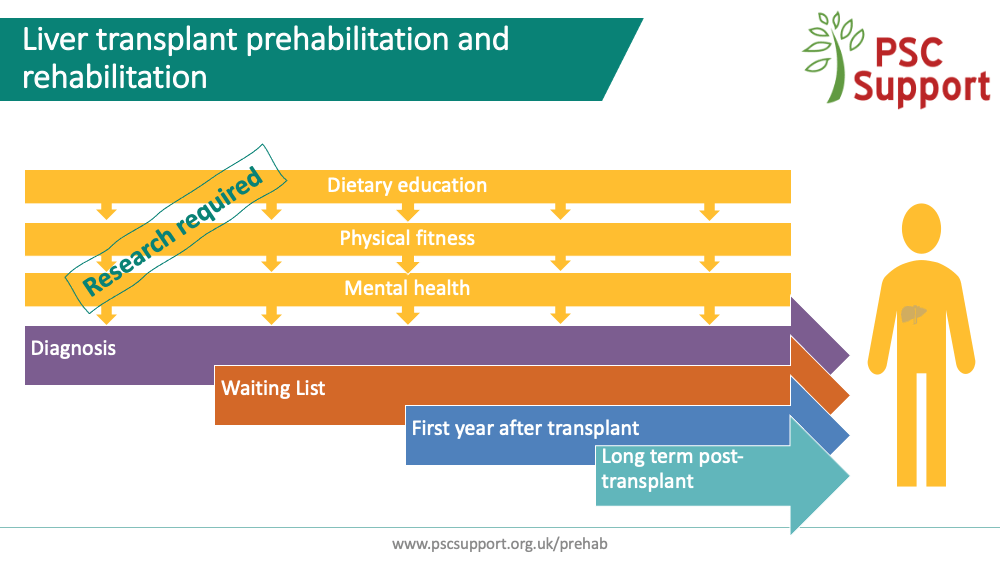 In February 2020, PSC Support conducted a survey to find out what sort of care is important to people having liver transplants. We found important gaps in service provision and we are working with leading transplant clinicians to improve services for patients before and after liver transplant.

Thank you to everyone who took the time to complete the survey.

The survey report, published today, reveals an urgent need for wider services and support for liver patients before and after transplant.

There is no doubt that excellent support and advice before and after liver transplant in the UK is available, but this is not universal. Comments from survey respondents praised staff in transplant units for their dedication and efforts for patients.

We are calling for the provision of psychological, dietary and physiotherapy services to be embedded into routine care and made available to all liver transplant patients, from the moment they are assessed for transplant, and continuing into the long term post-transplant.

Read the FULL REPORT and recommendations