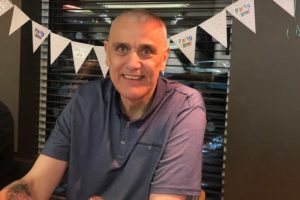 I was diagnosed with PSC in May 2017 after a period of losing weight unexpectedly and occasionally turning yellow. The first thing my consultant told me after being diagnosed was that he didn’t have any information on PSC and to go home and Google it.

I had to google ‘PSC’ because after hearing ‘primary sclerosing cholangitis’ just the once, it is impossible to recall, let alone spell!  Well, if you’ve ever had a consultation with Dr Google you’ll know that it only gives one outcome and that’s a bad one.

After a few bad days reading horror stories we found PSC Support and their Facebook group. My wife scoured the pscsupport.org.uk website and quickly became very well-informed about PSC. She joined their Facebook group straight away but I joined much later as I was still in denial about my diagnosis and what it might mean.

For me, PSC was causing infections in my bile ducts. These are sometimes called cholangitis attacks or acute cholangitis. These attacks need emergency medical treatment and I found myself in A&E each time I got one. Now, PSC is a rare disease and acute cholangitis in PSC is not easy to spot. Because PSC is rare, it is not realistic to expect all A&E staff to be familiar with PSC complications, but this was to become a big problem for me. 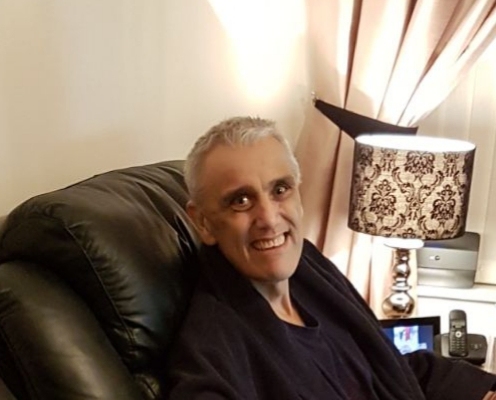 It meant that the staff at A&E would often be puzzled about what to do with me, despite my wife, now a PSC expert, fighting my corner and clearly explaining what was happening, every single time. I would often be waiting hours to be seen; one time I was moved onto a trolley in a corridor because I had been waiting for over 12 hours to be seen. When I was seen, I would be sent home without treatment, twice returning hours later with life-threatening sepsis.

My signs of a cholangitis attack tended to be feeling dreadful, a tightness in my chest, a temperature, feeling nauseous and itch. One time, A&E decided that it must be a heart problem, and they tested my heart and found it was OK, so sent me home. I was back a few hours later in an ambulance with sepsis. I attended A&E 6 or 7 times between May and December 2017.  Each time, no one believed us that it was acute cholangitis and I wasn’t given the treatment I needed. It was so frustrating and really difficult for my wife, who sometimes had to argue my case to get me the right help. I felt so ill, I wanted to go home each time. I was lucky my wife didn’t take no for an answer on some occasions and refused to let us leave. Eventually a doctor wrote me a letter to show A&E each time I attended to help the A&E doctors understand what was happening. 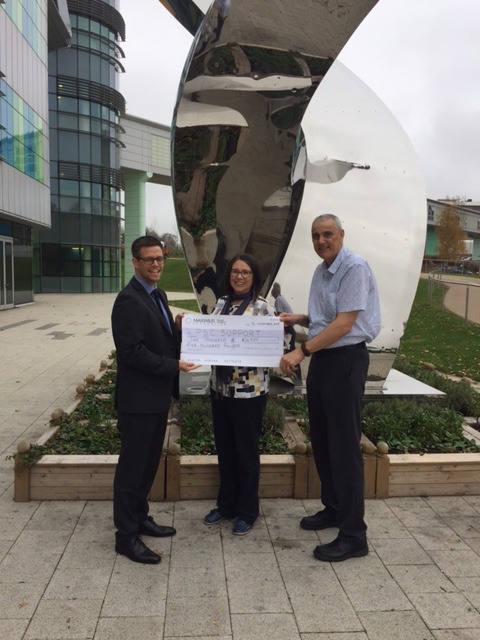 During our meeting we talked about the difficulties I’d had getting the right emergency treatment for acute cholangitis attacks.  Martine commented that I was not the only one to have this problem and PSC Support wanted to do more to help people understand acute cholangitis and help them get treatment. We talked about the problems and what the solution might be, and the idea of a credit card-sized alert card was born. PSC Support allocated the £2,500 Maximus Foundation UK grant to develop it. 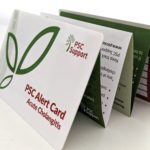 Since that meeting, I have continued to raise money for charities close to my heart like PSC Support and the Donor Family Network. I’m doing whatever I can to give back to the PSC and transplant communities that have supported me and my family so much, including doing an epic kayak challenge last summer.

I’m so pleased that the grant money has been used to support and help people affected by PSC. The card has been written by world PSC experts and I am sure it will make a huge difference to people who have PSC.

Get a PSC Alert Card

I Just Want to be Normal

I Have Been Given my Life Back

Living With a Rare Liver Disease

Living With an Invisible Illness