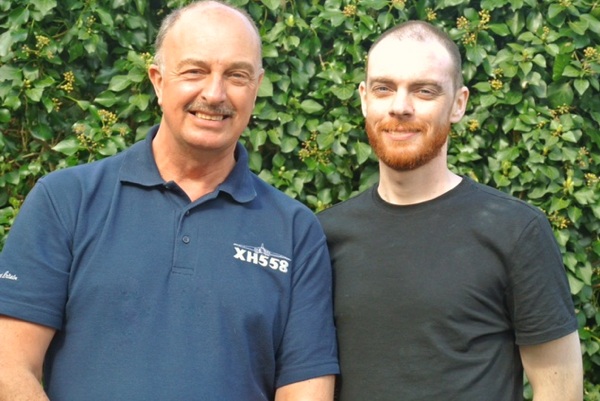 Nothing can compare with the loss of a family member but may I sincerely offer a perspective of the experience of a parent of a critically patient who was given the gift of life.

Since our son Sam, then aged 22, was initially diagnosed with Primary Sclerosing Cholangitis (PSC) back in 2007 our lives changed forever. My family and I have been exposed to so many unique, amazing and terrifying experiences that life for us will never be the same again.

Some PSC sufferers live with the condition for years but for a few like Sam it can quickly get to a life threatening 'end state'. To compound the problems associated with PSC further, it was discovered that he had in fact developed the much rarer PSC-AIH (Autoimmune Hepatitis) crossover and just for good measure; the high doses of steroids he needed contributed to him developing steroid induced type 1 diabetes. This combination was almost unique and quickly there was a realisation from the medical staff that he was in a very serious condition.

He was listed for transplant in April 2011 which was a terrible shock for us all knowing what would follow. Only those families who have a loved one on the transplant list can fully appreciate the stress and worry associated in waiting for 'that call'. It could happen at any time day or night. You wish for it yet fear it.

By September 2011 he was very poorly and spending most of his time in hospitals. The drugs he needed to manage the condition were no longer effective. Sam has the most common blood group in the UK (O+) so you would think his chances of getting an early transplant would have been better, but the issue of supply and demand continues to be a real problem. It was then that we were told that he may become too ill and weak to survive the surgery unless an organ became available quickly and that 'all options should be considered'. The NHS is not allowed to encourage living donors for liver transplant due to the risks but it was clear he would not survive without attempting it.

A detailed procedure that is governed by the Human Tissue Authority (HTA) began at King's College Hospital in London in October and after weeks of tests we finally got the go ahead from the HTA on Christmas Eve 2011 and the procedure was planned for January 2012. Sam would receive 60% of my liver. It was the most that could be safely offered. This type of transplant between a father and adult son is still quite rare in the UK. Now my wife had to cope with her husband and son undergoing life threatening surgery on the same day. The combined operations at King's College Hospital London lasted a total of 14 hours. We were so lucky to have some of the most professional and compassionate people we have ever met looking after us. Initially it appeared to have been successful but given his poor health his recovery was very slow and after just a couple of weeks the AIH element of his disease reared up and caused some serious rejection problems. This coupled with some other complex problems meant his new graft was really struggling to function well. He spent a further six weeks at King's where they tried all sorts of experimental anti-rejection treatments to save the graft.

Eventually at the end of March he was transferred to our regional liver unit at Derriford Hospital in Plymouth that was a little closer to home but he was still very ill. Then to our horror, just a few days later was rushed back to King's and straight back on the liver intensive treatment unit (LITU) in a very critical condition. It appears his portal vein had blocked and this effectively destroyed his liver, he was dying. He was put on full life support and we had to face the first of many terrifying discussions with specialist nurses and doctors who were preparing us for the worst. That being said nobody was ready to give up on him, with all the machines keeping him alive we never gave up hope. He was rapidly promoted from a priority case to number one on the so-called ‘super urgent’ list, that meant the first suitable liver from anywhere in the UK would be his.

During the most terrifying days and nights of our lives we hoped and yes prayed that a donor would be found. After being on life support for 48 hours his condition slowly deteriorated to such a point that we were told that he may no longer be viable for transplant as his chances of survival were so slim. As terrible as this was we understood that valuable organs cannot and should not be wasted however, the first of several miracles happened.

Despite being in deep coma it was as if Sam realised that he needed to do something and for reasons that no one can truly explain later that day his condition stabilised enough to give him a 50/50 chance. It was clear however that he could not survive for much longer on life support, but on his fourth day on life support our hopes and prayers were answered when we were told that an offer had been made.

This was met with very mixed emotions, on the one hand our son finally had a chance of life yet there was a realisation that somewhere a family were facing the most horrific circumstances imaginable.

With less than 24 hours to live he underwent 9 hours of surgery during which he needed a record 41 units of blood to keep him alive but by a second miracle he survived. The only healthy organ in his body was his new liver as everything else was shutting down. He spent a further four days on life support as one of his lungs had developed a life threatening condition that was difficult to fix with antibiotics due to the immune suppressants he was on, but once again another miracle occurred and despite all the odds he pulled through. He was critical, very fragile but alive. By this time he only weighed 42kg but over the next six weeks he slowly began to get his strength back, having to learning to walk again and finally, after almost six months in hospital he was discharged from hospital weighing in at just 50kg.

In the first months that followed there were further complications along this long and often bumpy road to recovery. Each time the well-rehearsed procedure of frantic telephone calls to the post-transplant coordinator followed by ambulance trips to hospital and wondering how we cope with another crisis. But each time he would bounce back and demonstrate his determination to survive.

Since then his recovery has from gone from strength to strength. Our hope is he that will now live the life he so richly deserves. One year after the second transplant he was finally able to get married and has since become a father to a second child, something that earlier had looked impossible. As a popular and talented musician Sam has once again got the energy to get behind his drum kit and is now playing, touring and recording with not one but two bands. This simply demonstrates how his life has been transformed.

2012 was the worst year of our lives and will stay with us always. We think of the donor and his family often, without this amazing gift of life and the unimaginable courage of the family we would have lost Sam. Being a living donor and a father who has witnessed his son almost die and yet somehow survive two transplants I hope you can appreciate a little of what we went through. My wife and I spent six months at Sam's bedside and while there we were witnesses to several tragic deaths of liver patients who died waiting or soon after transplant. This type of experience does not fade quickly.

I have since begun to give blood once again and set myself a goal to give back the 41 units of blood needed to save his life, at the time writing I have just made my 30th donation.

During this year’s Organ Donor Week I will again be supporting it in the best way I can, encouraging others to consider signing the organ donor register.