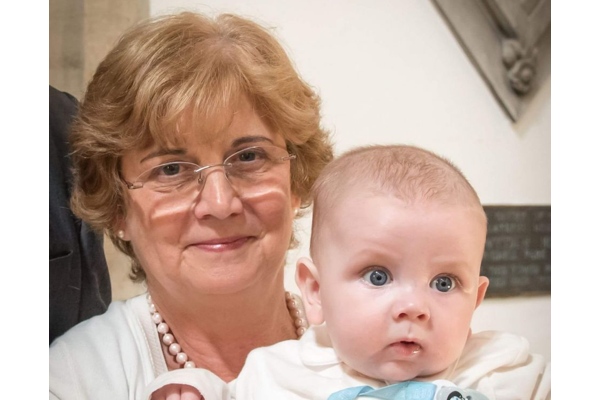 In November 2012, hubby and I decided to make use of his corporate health screening scheme and took ourselves off for a health MOT.  It was my idea as I was worried that he was over indulging in his favourite tipple of red wine.  I thought he would take advice from a health professional better than he would from me.  When our reports all came through I was the one who was advised to cut back on my drinking and to have my bloods rechecked in 3 months.  Hubby found this hilarious!

I cut back and went back for a recheck 5 months later (not really taking this seriously at all).  Bloods slightly better but still way over, so GP told me to cut back further.  This happened several times more until I had stopped drinking completely.  Around this time, I developed an infection and had a course of antibiotics which did not clear it.  I had 4 further types of antibiotics over the next 6 weeks and suddenly became jaundiced and felt very unwell.  At this point I was referred to a gastroenterologist and had a number of tests including MRI and liver biopsy.  My mother had had Crohn’s disease and together with the results of the tests, PSC was confirmed.

I have to say that the way the information was put to me was not positive:  I was at a very high risk of developing cancer of the bile ducts which did not have a great prognosis, and I would be needing a liver transplant in 12 years’ time.  On top of that, I googled and found an article which reinforced the information I’d been given and also detailed the surveillance for cirrhosis and varices.

Life as I knew it had ended. I had nursed both my parents over the past four years and they had now both passed away.  Both my children in their mid twenties had recently moved into their own homes and I had thought this was the start of a new stage in my life.  I grieved for the good health I had lost, and worried about the future that lay ahead.  A short while later, Elena Baltacha died.

Finding PSC Support and their facebook group really helped me.  I stopped wallowing in self-pity when I realised there were so many others with the same disease.  Many, much younger than me, and many suffering symptoms of the disease – of which I had none.  I met up with a lady local to me and it was great to actually meet someone with the same disease.  I read everything I could find about PSC (and as a nurse I had access to all medical literature) and I discovered that PSC can be so different from one individual to the next and that the information given to me initially, was misleading.

I also went to a PSC Support meeting in Oxford presented by Dr Chapman, where I was able to meet many fellow PSCers and one lady who was diagnosed 9 years earlier and was still symptom free.  This gave me hope that I needed.  I decided then, that I would get on with life and deal with things as they happen.

So I don’t know how long I have had PSC but it is at least four years and I am very fortunate to remain symptom-free and have no Crohn's or Ulcerative Colitis.  Knowing that I have the disease though has allowed me to reduce my alcohol intake to a few glasses of wine per week, and to donate on a monthly basis to PSC research.  I feel lucky, but also a bit guilty that I have stayed well so far and feel that by donating, hopefully treatments can be found for those who really need it.  I am grateful to receive such efficient and thorough care at QEHB and for the support so readily available through the PSC Support Facebook group and this site.