The Development of a Diagnostic Blood Test for PSC 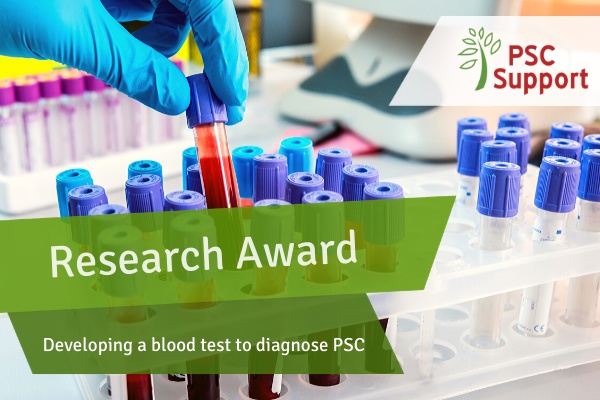 Award details: The Development of a Diagnostic Blood Test for PSC

There is a desperate need to develop a blood test for patients with PSC to help improve the diagnosis of this condition more rapidly and with a greater degree of certainty.

PSC is caused by an overactive immune system resulting in the production of immune cells which infiltrate the liver and colon, causing scarring and damage.  Results from genetic studies in PSC suggest that this is caused by a specific antigen, activating the immune system.

At present, we do not know which antigen the immune system is responding to in PSC. However, it is likely to be a protein made by the bile ducts and colon.

As a consequence of not knowing what this antigen is, doctors are limited in developing a blood test in PSC.  In other conditions, where the antigen is known, simple blood tests are effective and highly accurate in providing a diagnosis, for example blood tests for anti-TTG in coeliac disease, anti-PDH in PBC and CP P in rheumatoid arthritis.

In addition, not knowing the PSC antigen prevents us from deeper investigation of the immune system using brand new and exciting scientific tools which could lead to the development of new therapeutic drugs.

In general, the immune system is divided into 2 armies; the adaptive and the innate. The adaptive army is of critical importance in PSC and consists of 2 types of cells; T cells and B cells. The B cells are very important because they make antibodies, which are proteins that bind to antigens, that can be detected in the blood stream.  In autoimmune diseases, such as PSC, the B and T cells often respond to the same antigen, and become activated to cause tissue damage.

How will we do it?

This serum from patients with PSC and healthy patients will be sent to a scientific company based in Cambridge, called Cambridge Protein Arrays, to ensure the very best science is done.

If there is an antibody that is unique to patients with PSC, the samples from PSC patients will show binding to a particular protein, compared to the healthy controls, which will not show binding.

This would therefore demonstrate a potential new antibody, unique to PSC patients, that could be the start of the development of a blood test for PSC.

What will we do next if we get a positive result?

If we see a specific antibody present in the blood stream of PSC patients we would then need to replicate these findings in a larger cohort. Whilst this would, of course, require more funding, the experiment would be much simpler, and less expensive, as we could then focus down on a single protein and could test hundreds of samples and controls on a specially designed chip.

We are your voice