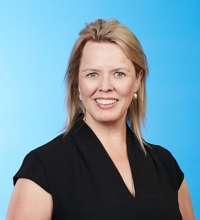 Awarded to the University of Oxford

This study provides an additional layer of investigation of samples being collected in an existing study by Dr Williamson (The PSC FNA Liver Study) with the aim of characterising the subtypes and function of liver immune cells in PSC/UC as compared with controls using single cell technology.

This is the first study to look at cell type and function in an extremely detailed way in human PSC livers. It is using exciting, cutting edge technology, which has only just started being applied to human cells. To use this technology in PSC as a lead liver condition will not only tell us a huge amount about the pathogenesis of PSC, but also significantly raise the profile of PSC research.

Liver samples will be obtained from 4 patients with PSC, as well as 8 control patients via a new technique called fine needle aspiration of the liver (FNA Liver). FNA allows the analysis of thousands of immune cells from the liver using a very thin needle, carrying much lower risk than a standard liver biopsy. The risk of fine needle aspiration of the liver is negligible, and patients are only required to be in the hospital for a very short time (a couple of hours maximum). The use of this technique to obtain liver samples from patients with PSC has been chosen to improve safety and convenience for patients.

The genetic and “signature" of the liver immune cells from patients with PSC will be compared with controls to analyse key differences between the types of cells which accumulate within the liver as well as their specific functions and roles in disease.

A huge amount of information can be generated from just one sample. Only small numbers of samples are needed to learn a huge amount about a disease process, and it has the ability to identify particular subsets of immune cells important in the disease process of PSC, and what their function is. This includes pathogenic (bad) functions as well as regulatory (good/ protective) functions. It will allow one to potentially identify key proteins/cells/markers in the disease process which may then be targeted by future therapies.

This project addresses the causes of PSC and how the disease progresses. It is designed to go to the very heart of the disease processes in PSC – the liver. By analysing immune cells derived from the liver in patients with PSC, we will learn in intricate detail the immune processes going on in the liver in PSC as compared with other people’s livers. One particular subset of immune cells we will be analysing is immune cells from the bowel. This may provide further clues into the link between PSC and inflammatory bowel disease.

It is envisaged these data will allow us to further understand the underlying immune processes within the liver which cause PSC, and thereby identify possible drug targets for future therapies - both therapies which are currently available for other conditions, as well as provide targets to develop new therapies. By understanding the critical immune processes unique to PSC - not only what immune cells are involved, but how they function - one can then develop strategies to manipulate these processes to treat PSC. This could include blocking certain functions of cells, or potentially enhancing the function of cell populations which are either deficient in PSC or not functioning properly. In essence, by learning more about the aetiology of PSC, we hope this project may lead to a beneficial therapy for PSC.

Dr Williamson works within the laboratory teams of Professor Satish Keshav and Professor Paul Klenerman at the Translational Gastroenterology Unit, Oxford University. She will collaborate with Dr Calliope Dendrou (Wellcome Trust Centre for Human Genetics, Oxford University) who specialises in immunology, and more specifically, the genetics of autoimmune diseases. Dr Dendrou has a special interest in 10XGenomics and single cell sequencing. Dr Dendrou is the recipient of a Sir Henry Dale Fellowship award, a prestigious award from the Wellcome Trust and the Royal Society, and she has agreed to match the £20,000 funding supplied by PSC Support with funding from her grant, as this aligns with her current research interests.

We are your voice