The SPRING Study is open at nine UK sites

Where are the study sites? Expand

More will be added in future.

My hospital is not running the SPRING study but I think I am suitable. What should I do? Expand

If you think you are eligible (suitable) and you want to take part but your hospital is not running the trial, it is still possible to take part.

Talk to your PSC doctor or contact the nearest study site to you. Some people switch hospitals  temporarily for the duration of the clinical trial so that their PSC care and clinical trial study visits are at the same hospital; or they have a  'shared care' agrrement whereby they still see their regular hospital doctor but also the PSC specialist who is running the clinical trial. Most PSC doctors will be supportive and coordinate this for you.

Please get in touch with Martine at hello@pscsupport.org.uk if you need help joining a clinical trial at a different hospital.

What is the SPRING study investigating? Expand

The SPRING study is investigating CM-101, that can block the actions of a small protein called CCL24. CCL24 is involved in cell “communication” that helps regulate inflammation and is involved in the development of fibrosis (scarring). CCL24 is found in higher concentrations in PSC patients than the general population.

CM-101 is a monoclonal antibody, created by ChemomAb. It can block the actions of CCL24 and thus its role in the development of inflammation and fibrosis. CM-101 was tested in several animal models, including the MDR2 knockout mice (mice that have severe fibrosis in the bile ducts and liver, eventually developing cirrhosis). These tests showed that CM-101 significantly reduced liver fibrosis, and markers that indicate the presence of inflammation in the bile ducts. 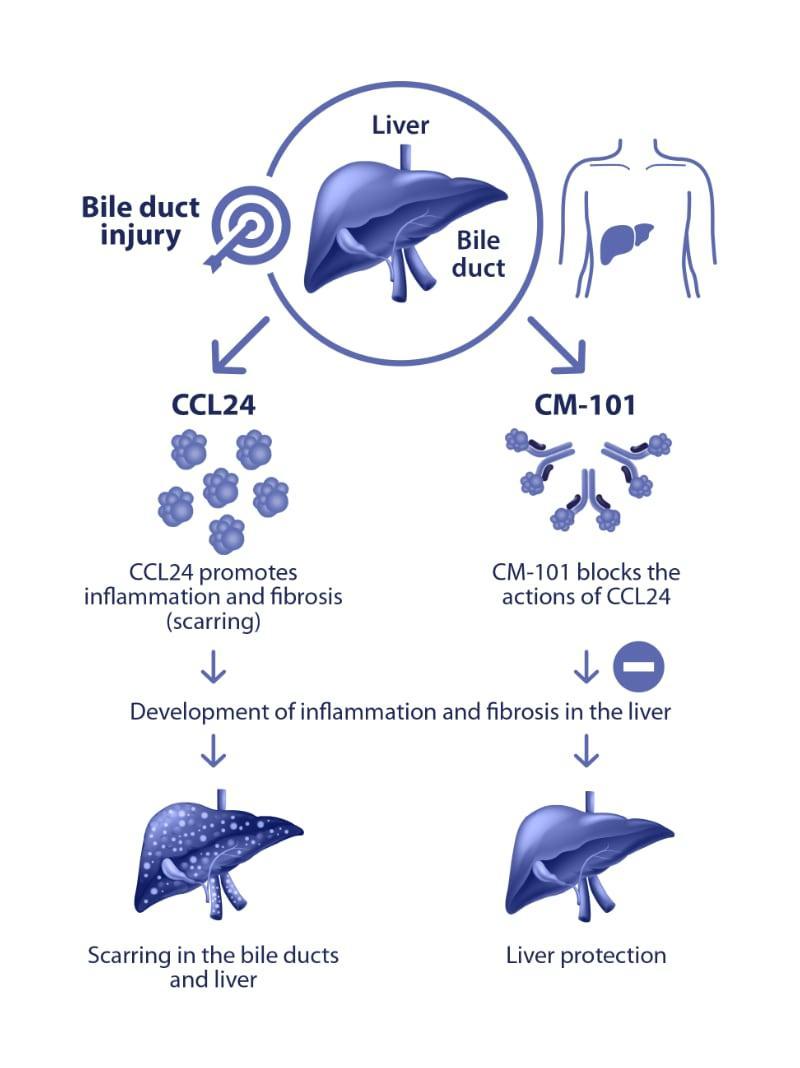 People who take part will go to the study site for intravenous infusions over an hour - once every three weeks for 5 administrations. 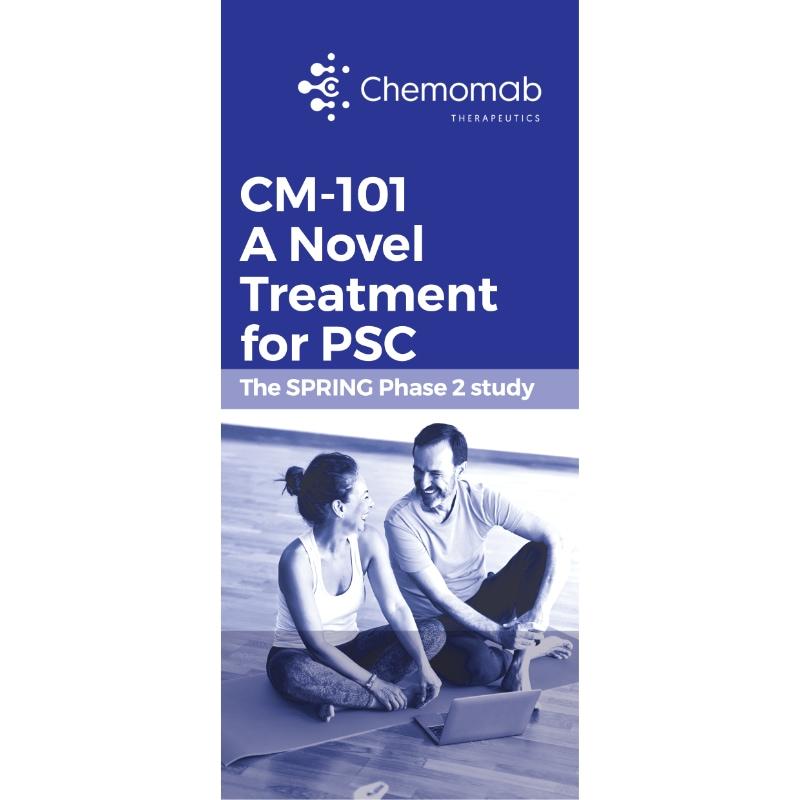 Every clinical trial sets out strict rules defining who can and can't take part. Find out if you are likely to be eligible here.

The SPRING study is a Phase II trial. For more information about different types of clinical trial, what's usually involved, and questions to ask, download or order our free Guide to PSC Clinical Trials.

What is PSC?
Your stories
Take control
Posted in Research and tagged clinical trials