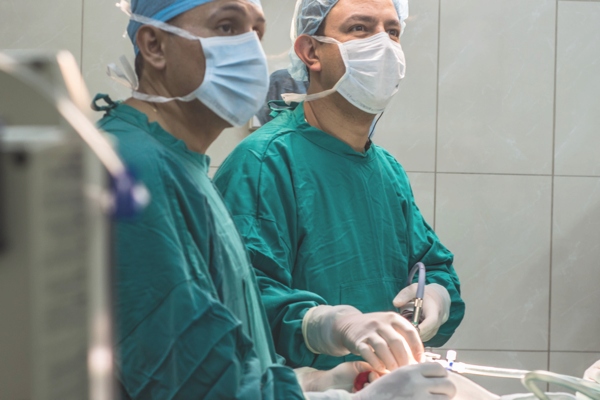 Bacterial cholangitis in PSC is an infection of the bile ducts requiring urgent medical treatment.

In PSC, jaundice is rare. It describes a yellowish tinge to the skin, whites of the eyes and mucous membranes and is caused by a build-up of bilirubin in the blood and tissues. You should contact your PSC doctor urgently if you suddenly and quickly develop jaundice.

The spleen removes old blood cells, forming bilirubin and the liver helps break it down so that it can be removed by the body via the stools. When too much bilirubin builds up, jaundice occurs. It can also make urine appear dark or brown coloured.

Bilirubin levels are an indication of how efficiently the liver is working (cirrhosis) and are included in the panel of blood tests PSC patients regularly have. Bilirubin can also increase if there is an obstruction in the bile ducts.

Portal hypertension is increased blood pressure in the portal vein (the large vein that brings the blood and absorbed nutrients from the intestine to the liver). The blood should come into the liver from bowel and then to the heart through the hepatic veins and the big vein of the body called the vena cava. However, when the liver is damaged and no longer functioning properly, the blood can’t get through the liver. It then finds other routes and this leads to new vessels forming from the portal vessels to the general circulation, bypassing the liver. This can enlarge your spleen and may open up varices (enlarged/dilated varicose veins in the oesophagus and/or stomach).

These newly formed vessels can become engorged with the increased pressure and bleed: at the lower end of the oesophagus (oesophageal varices) or the upper part of the stomach (gastric varices).

As varices are at risk of bleeding, your doctors will want to know if they are present of not. Your doctor will therefore at the appropriate time recommend an upper GI endoscopy to examine the stomach and gullet (often known as an OGD). If veins are found that are at risk of bleeding, your doctor will discuss the options with you, which include medication (beta-blockers) and banding.

Banding is where small rubber bands and positioned directly over the varices to prevent or stop the bleeding and get rid of them. Banding is performed during an endoscopy, or gastroscopy, where a camera is passed down the mouth, often under mild sedation.

The increased portal blood vessel pressure (and complicated hormonal changes which regulate fluid retention) also cause shifts of fluid from inside the blood vessels into the abdominal cavity resulting in a build-up of fluid in the abdomen. This is called ascites. Once again your doctor will discuss the options with you. These include having diuretics (‘water tablets’) and drains placed in the tummy to remove the excess fluid (paracentesis).

If you have varices which keep bleeding and have not responded to other treatments, a procedure called TIPS is used. This is where a stent is placed to keep the vein which brings blood from the liver to the heart open.

Biliary stones (choledocholithiasis) or gallstones probably occur secondary to chronic bacterial contamination of bile and the stones are characteristically small, brown, bile-pigment stones 22. Occasionally, these may be symptomatic and cause abdominal pain, difficulties with digestion (in particular after eating fats or proteins), bloating, nausea or vomiting.

Gallstone pancreatitis is pancreatitis caused by gallstones. Symptoms include nausea and vomiting, upper abdominal pain that radiates into the back and pain that may increase after eating, especially foods high in fat.

In the advanced stages of most liver diseases, patients may experience hepatic encephalopathy (HE). Encephalopathy is any disorder affecting the brain, especially chronic, degenerative conditions.

Symptoms of hepatic encephalopathy include: difficulties thinking and concentrating, personality changes, small motor movement difficulties such as problems with handwriting, disturbance in your sleep-wake cycle, confusion, and forgetfulness. In its mild form you constantly forget small things: where you put your car keys, your glasses (which can still be on your head!). In the more severe form, you can forget your birthday or where you live.  People you are often with or live with should be aware of the difficulties HE can cause.

HE may be confused with the ageing process. However, HE nearly always accompanies liver failure. The cause of HE is in the liver’s inability to clear toxins (which is one of the major functions of the liver), especially ammonia 126.

Lactulose is sometimes used for the treatment of HE, but Dr Debbie Shawcross, Honorary Consultant Hepatologist at King’s College Hospital (London), has long since argued that there is no evidence for its efficacy, though this is controversial 127. However, it is the first-line treatment recommended for HE and should be given in the first instance. In 2018, Dr Shawcross reported the antibiotic Rifaximin improved outcomes on the waiting list with a significant reduction in hospital admissions and episodes of sepsis 128. Rifaximin is licensed for use as a second-line therapy in HE which is refractory to lactulose.

We rely on charitable donations to make our vital work possible

Working with your hospital and GP