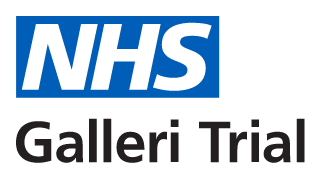 Having PSC carries an increased risk of aggressive cancers. Some are hard to detect, and not surprisingly, people with PSC live under a cloud, not knowing if or when a cancer will develop or if it will be picked up in time to treat it effectively.

A revolutionary new blood test is being trialled by the NHS in some parts of the UK that can detect more than fifty types of cancer, including colon cancer and bile duct cancer. If the trial is successful, this blood test could be game-changing for people living with PSC.

The Galleri blood test checks for the earliest signs of cancer in the blood, before symptoms appear. It works by finding chemical changes in fragments of genetic code-cell-free DNA (cfDNA) that leak from tumours into the bloodstream. The NHS is already sending out letters inviting tens of thousands of people from different backgrounds and ethnicities aged between 50 and 77 to take part.

The NHS-Galleri Trial is operating with the support of eight NHS Cancer Alliances across England that span Cheshire and Merseyside, Cumbria, Greater Manchester, the North East, West Midlands, East Midlands, East of England, Kent and Medway, and South East London. For the purposes of the trial, only people living in these areas will be invited.

The NHS-Galleri trial is being run by The Cancer Research UK and King’s College London Cancer Prevention Trials Unit in partnership with the NHS and healthcare company, GRAIL, which has developed the Galleri test.

Patients whose cancer is found early – known as stage one or two – typically have a broader range of treatment options available to them, which can be curative and are often less aggressive.

Find out more about the NHS-Galleri Trial