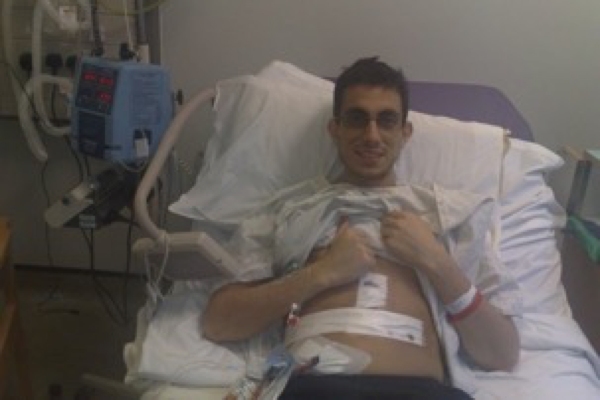 You look at life differently after suffering from a chronic disease and getting a life-saving transplant.

When I look back, it’s clear that I was actually ill from my days in University. I remember all the way back in 2001 wondering why I felt so itchy and tired but putting it down to an allergy. But it wasn’t until 2005 that I finally found out why.

It was an awful year. Three weeks into January 2005 I got a phone call from my Mum, living in South Africa at the time, explaining that the persistent cough she’d had for the last two months wasn’t just a cough. It was advanced-stage lung cancer. We all feigned enormous optimism but the statistics were clear that this was an almost inevitable death sentence. Over the coming months of stress, I pretty much ignored my own health.

Fast forward to the start of September and the first training day at the school where I worked as a science teacher. I walked in with a horrible yellow tinge to my skin. One of the science technicians looked at me worriedly and said that I absolutely had to go and visit a GP as her aunt had gone yellow with a liver disease.

I remember that GP appointment. Within 3 minutes of entering the GP’s room, she was on the phone to A&E at Guy’s Hospital and told me to head over immediately. It was a whirlwind of tests and scans after that. I ended up at the incredible King’s College Hospital in South London where I finally got the diagnosis: Primary Sclerosing Cholangitis.

I never actually told my mum. She had her own issues and only a few weeks left to live and nobody wanted to add more worry. It was a bizarre and horrible few weeks, plastering a smile on my face when I saw her. If it was hard for me, I can’t imagine what it was like for the rest of my family. On the night my mum finally passed away I ended up being taken from her house by ambulance just a few hours before, rushed to A&E with an infection. My brother had to call me in my hospital room from her bedside when she finally passed away, him having watched her final horrible few hours and me entirely alone in my hospital room.

It was a strange few months after that. I briefly got listed for transplant but a small procedure – inserting a stent – allowed me to recover enough to be delisted. I managed to get back to work in early 2006 and struggled on, part-time, being amazingly well looked after by the incredible staff at King’s. Despite being a scientist, having a chronic disease makes you want to believe all sorts of strange things. I tried various weird home remedies which were all nonsense but the constant itch and fatigue makes you open to trying anything. In retrospect I’m angry at the number of people who are ready to flog dubious advice to people in a desperate state. The best help that I got was connecting with communities of PSC-sufferers both in the UK and the USA. Sharing stories and hearing about new treatments kept my hopes up.

Finally, in 2008, despite all of the treatments, my condition deteriorated and I was listed once again for transplant. 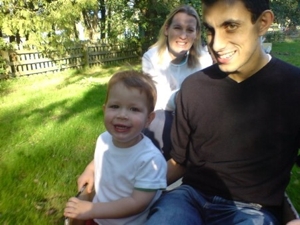 David in October 2008 with his nephew and sister-in-law, after 6 weeks on the transplant list.

As is sometimes unfortunately the way with unpredictable transplant lists, I was given an initial estimate of 8-12 weeks’ wait with a possibility of a call even sooner. Ultimately it was more like 6 months of wait. You live and travel with a bag packed and ready to go to hospital at all times. Every phone call makes you jump. Expectation management is a nightmare. I’m fairly impatient at the best of times and that was incredibly hard. I got a call in late January 2009, rushing into hospital with family joining me from various other places in London. Sadly for everyone, the liver from the anticipated donor turned out not to be suitable. It was another 2 weeks, in early February, when I finally got the ‘true’ call. I was woken up early by an urgent call. A liver destined for someone else was now going to be for me – the original recipient was too unwell to proceed with the operation.

The operation lasted several hours and I woke up in intensive care with my brother by my side. 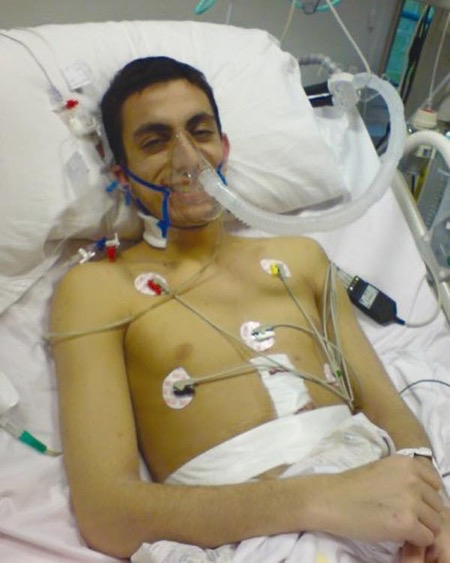 The day after the operation, in Intensive Care.

While I felt pretty uncomfortable it was extraordinary to know that I’d finally got the treatment I needed. The next few days were hard but everyone, including me, could see how I was gradually getting less yellow, feeling more energy and healing.

A week after the operation, in King’s College Hospital.

After a few bumps, I ended up leaving hospital a few weeks later. Aside from a couple of scares over the next few months, my recovery was otherwise solid. Within three months I was back at work and even managed a night out in London with friends.

The most extraordinary thing about being well again is the comparison to having been so ill. I celebrate every moment of life, of renewed energy. I’ve never felt so driven or so grateful for my second chance. Since my transplant I’ve set up a new charity to help teachers, got married, written a book, led a government commission, bought a house and done fundraising and media work around organ donation, LGBT rights and around teachers and teaching.

Every day, twice a day, I have a reminder of how lucky I am when I take my medication. PSC was one of the hardest battles I ever went through, but also one of the most incredible lessons in how lucky we all are, and how generous people can be.