John had a liver transplant for PSC in 2002. Around ten years after being diagnosed, he started to experience complications of more advanced PSC and went on to have a liver transplant a few years later. Many thanks to John for sharing his PSC story with us.

I remained in my job until retiring in 2015 (after 43 years) and now 19 years on from the transplant and having reached the age of 71 I am still very active – mainly long walks and gardening.

Apart from normal childhood illnesses and digestive issues associated with a major job relocation in 1975 leading ultimately to the diagnosis and treatment of a duodenal ulcer in my early thirties, my health was generally good.

Starting in 1990 aged 40 I started having serious digestive issues and was eventually diagnosed with ulcerative colitis in 1994. I was also suffering from persistent itching and as a result my consultant arranged an ERCP, leading to a PSC diagnosis. In the UK, PSC is usually diagnosed using a special type of MRI scan called an MRCP. Occasionally, ERCP is used.

Medication, regular check-ups and careful lifestyle changes kept things under control and I led a fairly normal life maintaining my job and leisure interests, albeit being careful to allow for the effects of the colitis and coping with occasional tiredness.

At Easter 1999 I had the first of 4 instances of more advanced liver disease: oesophageal varices (black stools and/or vomiting blood) resulting in emergency hospital admission with treatment (injections or banding) to prevent recurrence; the first and third occurrences were quite serious as my haemoglobin level sunk to quite a dangerous level. In both cases I had to have a significant blood transfusion. Minor incidents in June and December were less serious and in all cases my life went back to normal soon after leaving hospital.

I was referred to the liver unit at Manchester MRI and underwent extensive tests and regular (every 6 months) 'banding' procedures to prevent further varices.

All was OK until April 2002 when a delay in the next banding procedure led to serious bleed after which I returned home and to work briefly before progressive deterioration led to a further hospital stay. In June 2002 I was referred to St James Hospital Leeds for transplant assessment. I was subjected to a bank of tests and at the end of a week was put on the transplant list and returned home. I was soon back in hospital (for over a month) during which I spent several days in intensive care.

A possible liver was found in August while I was in the MRI but was found unsuitable.

I went home in mid August – they said I would be better there than in the hospital! I was able to function reasonably but needed the support of my mother as I was very tired all the time, feeling  cold, bloated from water retention and with very low blood pressure.

St James called in September asking me to return for further tests – I used a taxi to get to Leeds, was admitted and told of the planned tests. That evening I was told that a liver had been found (turned out to be from a 70 year old woman) and I found myself in theatre at 7am the next morning. My mother and sister came to Leeds in the early hours of Tuesday and were with me when I regained consciousness 24 hours later.

I was soon transferred from intensive care to the liver ward.  I had some issues initially with vomiting nasty stuff but soon felt a lot better and after tests, including making sure I could walk up and down stairs, I was allowed home (with my mother) after two weeks – the journey home was provided by a volunteer driver!

There was a lot of medication to take but I felt much better although I had to make regular visits to Leeds for check-ups – again provided by volunteer drivers. I had a further short stay in Leeds in early November due to intense pain caused by scarring.

By then I could drive myself to Leeds for check-ups and in the middle of December I drove myself and my mother home to Watford for Christmas; I returned home on my own in early January and planned my return to work.

After the operation and until Christmas I was taking an antiviral drug but in February I developed cytomegalovirus (CMV) and spent another two weeks in hospital (initially St James and then at my local hospital) being given antiviral drugs intravenously. 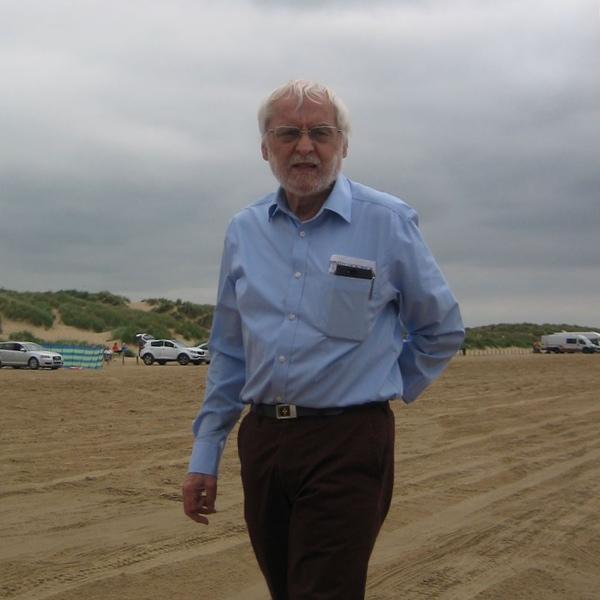 I finally returned to work in the middle of March 2003 and life started getting back to normal although I had to be careful to avoid infection and not exert myself.

All was OK until September 2003 when (either due to some bad food or a walk through a field that had been treated with manure!) I picked up an infection and spent another 2 weeks in hospital being treated.

After that I have had no further hospital stays apart from regular colonoscopies to monitor the ulcerative colitis and annual check-ups at St James.

There is no sign of the PSC returning and I have had no further major issues although colds and flu tend to affect me more presumably due to the immunosuppressant drugs. I still get occasional aches and pains from the area of the operation but nothing significant – the scar has blended in although still visible and there is a bit of a ‘hole’ at the middle of the breastbone. I still get very tired sometimes, usually when I have done too much but this soon passes (and I am nearly 70!).

I remained in my job until retiring in 2015 (after 43 years) and now 19 years on from the transplant and having reached the age of 71 I am still very active – mainly long walks and gardening.

Being a single person and living on my own caused some difficulties but for both the serious incidents in 1999 and 2002 both my mother (despite being in her mid-seventies at the time) and my sister came from Watford and Camberley respectively to help look after me.

My mother also stayed with me in 2002 from June until Christmas including taking 2 or 3 buses each way to come and visit me in the MRI every day and stayed in Leeds for the two weeks I was in St James  – I don’t think I would have got through it without her – she had already lost my father in 1994 and my younger brother in 1998 (both to cancer) and was obviously determined not to lose anyone else!

Regrettably she died in November 2019 aged 93 but was still very active despite surviving cancer herself in 2010. My sister also provided invaluable support throughout the process despite living so far away and having a job and a young family.

More on Living with PSC