PSC Support commissions and funds research to address quality of life and wellbeing for PSC patients and the impact of PSC on families.

For many years, only the ‘medical’, symptomatic side of PSC was acknowledged in scientific literature, and not the emotional difficulties caused by unpredictability and uncertainty.  This meant little or no psychological support was available for people with PSC and we wanted to change that. Living with a complex, untreatable, invisible disease which carries an increased risk of cancer is not easy. PSC Support was the first patient organisation to evidence and represent the unmet needs of those affected by PSC and bridge the gap between traditional scientific knowledge of PSC and real world PSC through our research survey which started in 2014.

Martine Walmsley, Chair of Trustees of PSC Support said, 'It’s vital for PSC patients to have a better quality of life. PSC is invisible, untreatable (for now) and full of uncertainty. In close partnership with Dr Thorburn, we’ve pioneered the development of UK-PSC quality of life measure, and engaged the support of other patient organisations to make sure we have a way to evidence what life is like for people affected by PSC. It’s work in progress, but once it’s launched, we will use it to drive policy for hospitals to provide psychological support for our patients, as well as in research. We’ve also commissioned and funded the PSC Wellbeing Study to develop a psychological framework that can be used to help patients and their families.' 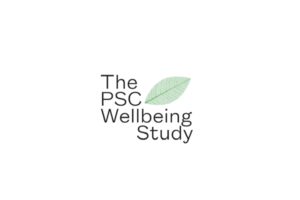 We’re investigating the impact of PSC on mental health and wellbeing to help people affected by PSC get the psychological support they need.

We rely on charitable donations to make our vital work possible