Many thanks to David for sharing his PSC story with us. He has lived with PSC for many years without needing a liver transplant.

I have maintained moderate fitness through regular walks and for many years a large garden kept us both busy. My wife, who has been a great support, and I are currently in our fourth year of retirement. We managed a tour of Egypt and a drive across South Africa before Covid hit.

My Personal Experience of PSC

My name is David. I was asked to write about my experience of having PSC from the point of view of someone who has not had a liver transplant but has lived with PSC for many years.

I do not know anyone else who has PSC and understand that my GP practice has not had to deal with anyone with this condition. While I have paid some attention to the latest research, my attitude had been to deal with issues as they arose and hope it remains under control.

I turned 70 in February 2022. I was born in South Wales and studied Biology at University to degree level. On graduation I married, and being unable to find a job in my subject, applied for a post in the Civil Service which enabled me to stay in our home town. My wife also found work in the Civil Service. The salary allowed us to buy our first house and later move to a larger one. After around 12 years when I was 35, my wife and I took advantage of an opportunity to join and later take over the family business.

My first record of any problem was when I was 36 and noticed blood in my stools. Several months later I have a record of more blood in my stools accompanied by itching of my skin with feeling of pin pricks lasting a couple of weeks causing me to lose sleep. I also have a record of a couple of day’s fever. I informed my GP and was referred to a consultant, a gastroenterologist. I was advised my liver enzyme levels were high and iron levels low. I was told I had colitis and was put on Asacol and iron tablets and given a colonoscopy. The colitis persisted, but never seemed to cause serious problems. My life continued normally, and my wife and I further expanded our retail business with all the advantages and disadvantages of being self-employed. I had annual visits to my consultant, who kept an eye on things, including regular endoscopies.

When I was 48, in 2000, I saw my consultant privately so I could get more information about the colitis and other issues. He told me my colitis mostly remained mild, only obvious in biopsies though there were occasional slight flare-ups. However, he told me that my enzyme tests over the previous 10 years indicated slight but continuing damage to my liver and that I had been suffering from primary sclerosing cholangitis – I had to ask him to spell it!

Everything seemed fine until September 2006 when things seemed to kick off. I had been suffering from reflux oesophagitis over many years. I had a bad attack one day when my oesophagus was completely blocked for 24 hours. My GP prescribed me Nexium and Gaviscon which helped. Four days into the course I started getting what I thought was heartburn which continued for a few days, becoming very painful. The pain in retrospect may have been caused by gallstones and could have been biliary cholic. The fourth day of experiencing the pain I started a fever which persisted for 11 days. For 3 days this was accompanied by what might have been trigeminal neuralgia – very frequent shooting pains in the upper jaw leading to the head in addition to the ‘heartburn’. My urine had turned dark once the fever had started and I was showing signs of jaundice. Blood tests did show raised liver enzyme levels. I was again prescribed antibiotics. 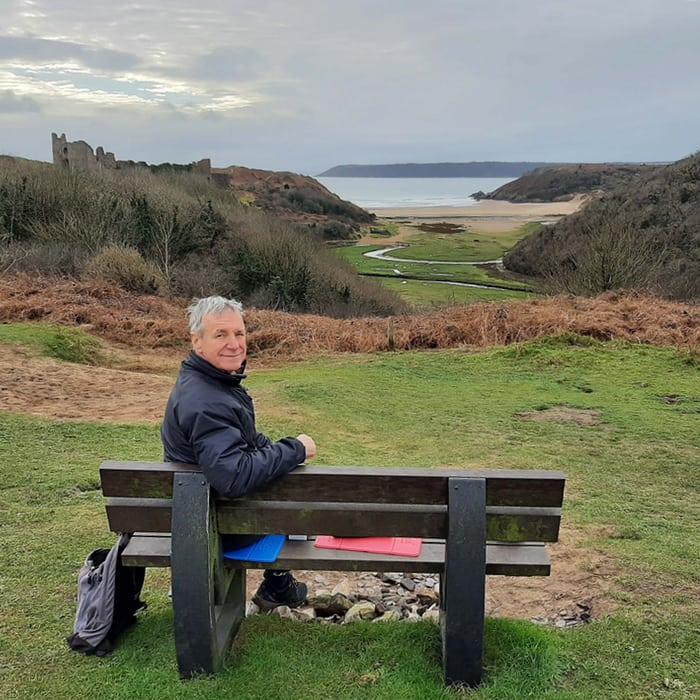 For the rest of 2006 I was not particularly well, with occasional bouts of pain and I continued taking Nexium. The following April I was advised that I might in fact have gallstones, which was confirmed with an ultrasound scan in May. It seems this was the cause of the pain, not heartburn, for which I was being treated.

On 12 June 2007 an endoscopy was undertaken to widen the entrance to the bile duct. Unfortunately a vein was cut resulting in large blood loss. I remained in hospital for four days when the procedure was repeated and I was discharged the next day. I was shortly after prescribed Ursodeoxycholic acid.

In all I had 9 bouts of cholangitis, averaging 1 – 4 days of fever per attack that year. Most were treated with antibiotics and necessitated bed rest. Some involved pain, dark urine and possibly mild jaundice.

In 2008 the cholangitis continued at a similar level. In October 2008, I had an ERCP – main bile duct trawled to remove any debris. No new stones were found. But decision was made to remove my gallbladder as it contained stones. In January 2009 my gallbladder was removed. The prospect of having a liver transplant before I was too old was also raised.

The bouts of cholangitis continued for the next few years - one every couple of months generally lasting 2 to 5 days, but now less severe after the ERCP and without jaundice and only occasional pain. They were inconvenient but did not affect our work or lifestyle too much. We continued to work hard and holiday abroad to relax, often in the Far East, following the winter sunshine.

However things did start off again in the latter part of 2013. From September onwards I was getting sudden attacks of cholangitis, with little warning. Every couple of weeks I would go down with a high fever, often accompanied by abdominal pain, some bouts of pain were severe and some presented as spasmodic jabs under the ribs. Dark urine and some Jaundice featured, but I was never hospitalised. On Christmas Day I was affected by severe abdominal pain below my ribs over several hours, but without fever, which necessitated a visit to casualty. Gastric upset followed the next day. I am still not sure of the cause, I was never told, but suspect there was grit in my main bile duct which my body was trying to eject.

My consultant had meanwhile been active and arranged for me to see a Dr Holt from the QE hospital Birmingham whom I met locally on 8 January 2014 with a team of doctors at his call. It was decided that I should be assessed for a liver transplant. I was put on cyclical antibiotics.  My weight had dropped by 1 stone to 10 st 7 lbs. A report said “his most recent study in November 2013 has described his intrahepatic ducts as highly attenuated and diseased.”

On 19 March, now aged 62, I attended a 3 day assessment at Queen Elizabeth’s Hospital, Birmingham and was given many tests plus lectures on the transplant itself. I must have failed, (or is that passed?), because I was not put on a waiting list, but added to their clinic which I was to attend once per year for the next few years.

The oddest thing is that the cholangitis attacks ceased after my Christmas ‘attack’ and I had no more for 18 months. I had previously been experiencing several per year. Did something dislodge during this attack or did the cyclical antibiotics which I was on for a couple of months affect my gut bacteria? Anyway, I quickly put the weight back on and returned to good health.

The cholangitis started up again mid-2015, averaging 20 -25 days of fevers per year, but much less likely to be accompanied by any pain. I would only take antibiotics if the fever rose too fast – it rarely exceeded 39 C usually nearer 38 C. Since 2018, when I retired, the attacks have been decreasing in severity and number – just 8 days of fever in 2019, though 30 in 2020 and couple in 2021, all mild and more nuisance value than anything and rarely requiring antibiotics.

I had never really suffered from severe fatigue. Over many years I have a regular routine of a 15-minute nap in the afternoon from which I wake usually quite refreshed, ready to continue work. I have maintained moderate fitness through regular walks and for many years a large garden kept us both busy. My wife, who has been a great support, and I are currently in our fourth year of retirement. We managed a tour of Egypt and a drive across South Africa before Covid hit.

I cannot give much advice because, like most, my experience of PSC is unique, and I have not suffered as much as many. However, I hope my account of my experiences will be of help to others who live with PSC but who have not needed a transplant. I remain on Urso and Asacol but no other medication.

I am not sure if my change of career when 35 triggered off the PSC; I was much more fulfilled being self-employed. My later 18-month halt in attacks of cholangitis remains a mystery but maybe it relates to the rotation of two antibiotics for a couple of months that temporarily changed my gut bacteria. I was much later diagnosed with an overgrowth of bacteria in my gut. Perhaps this overgrowth was forcing infection into my bile ducts? I do await with interest the blossoming research that is being undertaken between gut health and general health and more specifically the link between gut bacteria, colitis, and PSC.

More on Living with PSC