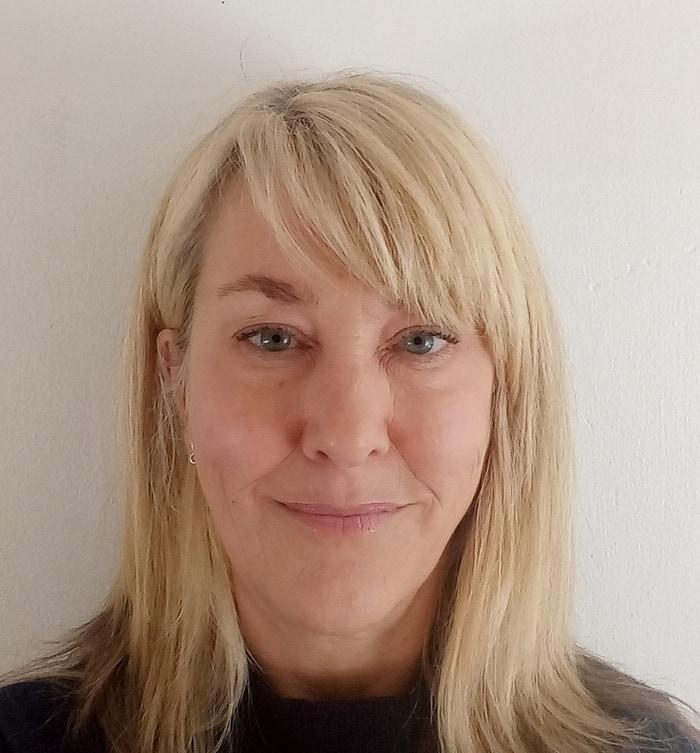 Paula joined PSC Support as its first Chief Executive in May 2022.  Her charity background has primarily been in fundraising and business development for a range of charities including Marie Curie and Children Today.  Prior to joining PSC Support she was Head of Income Generation and Fundraising at National Youth Advocacy Service (NYAS) responsible for generating all of the charity's income.

Before joining the charity sector Paula worked in international and domestic high profile events working with leading global companies including Infosys Technologies, IBM and Cisco Systems as well as other organisations including London Fire Brigade, London Stock Exchange and the Department of Media, Culture and Sport.

A mother of twin boys, Paula is an avid reader, amateur football fan, intrepid traveller and loves beaches whatever the weather.

Paula brings a wealth of experience from both the charity and commercial sectors including people management and strategic planning.  She is delighted to be PSC Support's Chief Executive and looks forward to taking the charity to the next level in supporting people living with PSC.

PSC Support Board of Trustees 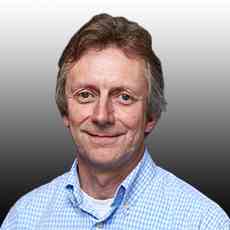 After initial training in hepatology in Birmingham he continued his immunology training with Dr Stephen Shaw at the Experimental Immunology Branch of the National Cancer Institute, Bethesda, USA before being appointed to the Chair of hepatology in Birmingham in 1997.  He has a long-standing interest in understanding how the immune system causes liver disease and how inflammation in the gut can lead to liver disease in the form of PSC.  His group have defined molecular mechanisms used by disease causing white blood cells to enter the liver from the blood.David Adams is Professor of Hepatology, Director of the NIHR Biomedical Research Unit for Liver disease at the Queen Elizabeth Hospital, Pro-Vice-Chancellor, Head of College of Medical and Dental Sciences and Dean of Medicine and Director of NIHR Birmingham Biomedical Research Centre at the Queen Elizabeth Hospital, Birmingham. His clinical interests are transplant hepatology and autoimmune liver disease including PSC.  Laboratory research interests are focused on mechanisms of immune-mediated liver disease.

As a consequence of the funding from NIHR to support the Biomedical Research Unit in Liver Disease in Birmingham, they are developing new treatments for liver disease by targeting pathways involved in the recruitment of damaging effector cells or by promoting the recruitment of therapeutic cells that promote repair and resolution of inflammation.
More about David Adams
Birmingham NIHR Biomedical Research Centre 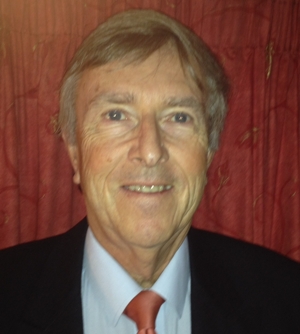 Roger Chapman was born in South Wales and attended a Grammar school in Cardiff. He lives in Oxford and is married to a Doctor with 4 grown up children, one of whom is an intensive care doctor in Perth, Australia.

He qualified from St Bartholomew’s Hospital, University of London in 1974, and trained in liver disease, firstly as a registrar in the Liver Unit in Southampton, and then as a lecturer on the Liver Unit at the Royal Free Hospital in London, from 1976 to 1981 under the supervision of Prof Sheila Sherlock, obtaining an MD on “Iron Metabolism in Liver Disease” in 1981.

He moved to Oxford as senior registrar in 1981, becoming a consultant at the John Radcliffe Hospital in 1986. He spent an “off service year” year as a visiting scientist at the University of Washington in Seattle in 1983-4.

Whilst at the Royal Free he developed a research interest in liver disease associated with Inflammatory Bowel Disease which he has continued to this day. He has published 5 books, 76 book chapters and 255 original articles mainly in the field of autoimmune liver disease, viz primary sclerosing cholangitis (PSC), primary biliary cholangitis (PBC) and latterly IgG4 related disease.

He is a founding member (in 1992) of the International Autoimmune Hepatitis Group (IAHG) producing position papers in the field of Autoimmune Hepatitis. More recently he has been involved in the foundation of the International PSC Study Group (2009) facilitating collaboration between different international centres researching into PSC and the foundation of British Autoimmune Liver Disease study Group (2010). He is one of the authors of the current European (EASL ) guidelines for “Cholestatic liver diseases” and the first author of the recent North American (AASLD) guidelines on the “Management of Primary Sclerosing Cholangitis”.

Roger is medical advisor/consultant to Perspectum Diagnostics Ltd (not an employee).

Away from medicine, he enjoys watching and playing sport particularly tennis and golf, and is a regular opera goer.

James is the Director of Local Support and Partnerships at Yorkshire Sport Foundation. He is passionate about the physical and mental health benefits that being active can bring and works for a charity that believes in the power of sport and physical activity to transform people’s lives.

Throughout James’ professional career he has gained a vast amount of experience and knowledge working for small and medium-sized charities and provides expertise to the Board of Trustees on governance, strategic planning, and income generation.

Following a diagnosis of ulcerative colitis in 2007, James was diagnosed with PSC in 2017. James currently has few physical symptoms but struggled more with his mental health following diagnosis.

He is therefore a big advocate for promoting the requirement for psychological and wellbeing support for people diagnosed with long term conditions, particularly when faced with the uncertainty around PSC.

‘I join PSC Support during its 25th Anniversary year. The organisation provided a huge amount of support and reassurance when I received my own diagnosis. Now is the time to be able to share some of my own knowledge and experiences to help build the capacity of the charity and to ensure that we can continue the brilliant, and vital, work for future years to come.’

A proud Yorkshire man, James was born and raised in Sheffield and  now lives in Leeds with his wife and two daughters. He can usually be found running, walking, or cycling around his local area, taking trips to the amazing surroundings of the Yorkshire Dales or Peak District, and exploring new destinations with friends and family. 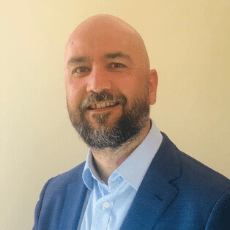 Rick is a CIPP/E certified privacy professional and ICO registered Data Protection Officer for a leading UK military charity which provides welfare support for serving personnel, veterans and their families.

“There is a need for PSC patients to receive support and accurate information at every stage along their journey from diagnosis onwards and PSC Support is the leading charity able to provide these valuable resources. Not only this, but PSC Support does so much more including being the voice for PSC patients in the medical/research community and they lead in the research drive in the UK to look for suitable therapies to slow down the progression of PSC, manage its symptoms and ultimately cure the disease.”

When Rick isn’t dealing with data protection, he enjoys listening to music, watching films, reading and with any other spare time he has, learning Turkish!

Nick is Head of Locality Finance for NHS England and NHS Improvement, in the North East of England, and has over a decade of experience within finance departments. He has worked on a number of key projects throughout the North East and Tees Valley to improve healthcare provision to the local population. In June 2020, Nick was appointed as PSC Support’s Finance Trustee.

Nick’s wife has been diagnosed with PSC. Together they have two young children and two Golden Retrievers, and spend a lot of their time as a family visiting National Trust parks throughout the country.

Nick has used his passion for running to complete a number of endurance challenges to raise money for PSC Support, such as the Berlin, London and New York City Marathons. He aims to complete the remaining World Marathon Majors in the coming years.

Nick is excited to be a part of the future of PSC Support, and looks forward to the charity going from strength to strength over the coming years. 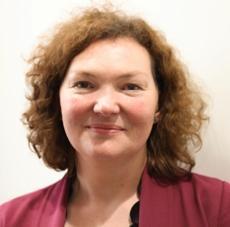 I'm an experienced  HR Generalist working with a range of businesses, mostly on organisational change and HR projects.
My earlier career roles in office management, administration, social research and business analysis. I am a HR educator training workforce apprentices in all areas of HR towards their formal HR qualifications.
I am also interested in health, equality and social and environmental justice.  I am originally from New Zealand.
Tim Waterson - Legal Trustee Expand 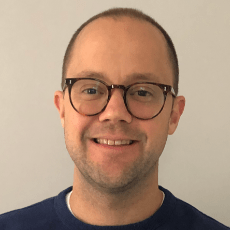 Tim is a Senior Associate in the London office of a US law firm, working with global banks and financial institutions on a day-to-day basis.

Having spent eight years practising law, Tim was appointed to the Board of Trustees to bring guidance, legal advice and strategic direction to PSC Support at this stage in its development.

Diagnosed with PSC in 2010, Tim underwent a liver transplant at King's College Hospital, London in December 2019 after just three months on the waiting list.

'Following my transplant, I am determined to become more involved with causes close to my heart and cannot think of a more fitting way to focus my dedication and passion than with PSC Support that has helped me so enormously. I am particularly excited at the prospect of being further involved with the charity at this critical juncture in its history and assisting the charity’s fight for a world without PSC. I believe the charity’s heavy focus on research offers a credible route to achieving the charity’s ambitions.'

Tim is a big football fan and spends a number of his weekends travelling around the country to watch his team, Derby County. He lives in London with his wife, child and French Bulldog. 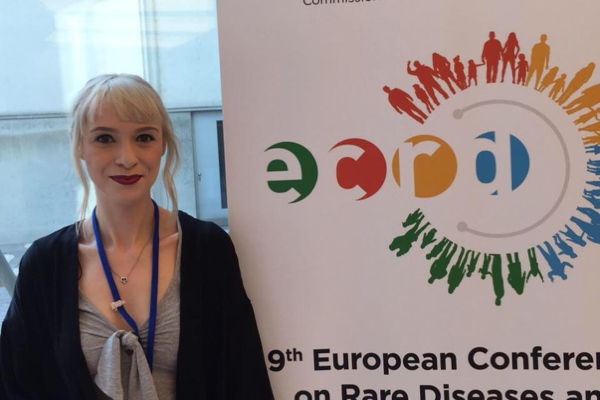 Maxine was diagnosed with Primary Sclerosing Cholangitis (PSC) in 2006 at the age of 17. She studied dance at the University of Chichester whilst her condition was under control and graduated in 2010.

Seven years after her diagnosis, Maxine’s condition progressed unexpectedly and significantly. She was added to the liver transplant waiting list in 2013 and had her transplant 15 months later.

Maxine started volunteering for PSC Support shortly after her transplant in 2014 and was appointed as Programme Development Officer in 2018, becoming the charity’s first ever employee, providing support to the charity. Maxine is passionate about advocating for people with PSC at all levels, working with stakeholders to ensure PSC research is patient-centred and making sure anyone affected by PSC has accurate information and support whenever it’s needed.

‘There is huge unmet need for people living with PSC and PSC Support is continually working to address that. I am dedicated to fulfilling the objectives of PSC Support and ensuring the charity continues to move forwards and help even more people.’

Maxine is also a freelance dance practitioner in Somerset and is interested in dance for health and wellbeing. 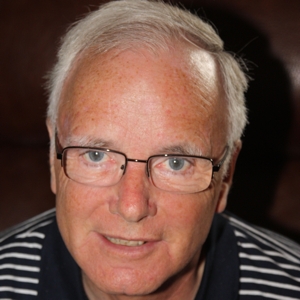 Keith was diagnosed with ulcerative colitis in 1974, the year he married Margaret, and PSC in 1995.

He had a liver transplant in 2003 at St James Hospital, Leeds which has given him a new life. Keith attended his first PSC Support Information Day at Oxford in 2007 and since then he has attended
many more. From his previous work in a Building Society and as his Church’s Treasurer Keith had gained experience in working with accounts and when the charity appealed for volunteers in 2011 he became its Treasurer. Since then PSC Support has grown and developed tremendously as has its finances.

His transplant has given Keith more than 15 years of a good quality of life and he is always willing to give hope, help and support to others affected by PSC and transplantation. He regards every day as a bonus and is determined to make the most of the new life which he has been given.

Keith is retired and enjoys spending time with his family and having holidays in his motorhome. As a history lover he can often be found visiting old buildings or wandering around battlefields either in the UK or abroad.