Kelly's husband Scot was diagnosed with PSC in 2002 and they have both found support through our Facebook group over the years. Kelly applied for the 2020 London Marathon and wanted to raise funds for PSC Support.

'I applied for a London Marathon ballot place last year thinking it would be great to run my first marathon aged 40 (which I would be by April), especially with it being the 40th race! I was lucky enough to get a ballot place and straight away wanted to raise money for PSC Support.

My husband, Scot, was diagnosed with PSC in 2002 not long after we got married. He was extremely ill and almost didn’t make it as he’d contracted sepsis before they found out what was wrong. We have both found the PSC Support UK Facebook group so helpful over the years, answering questions we had or just by being able to talk to other people who understood. We made some friends from the group and a few were transplanted at a similar time to Scot in 2014. Unfortunately we lost a friend to it and have seen others go through more than one transplant. It’s been great to be a support to each other.

When I decided to raise money by taking part in the marathon, I knew straight away that PSC Support was the charity I wanted to do it for. I’ve seen funds raised over the years go towards some great things like research and knew anything I could add to that would help.

Unfortunately due to COVID-19 the marathon in April was postponed until October and has now been postponed again. I am now waiting to hear which year I will get to do it (it could be 2021, 2022 or 2023). So in order to keep the fundraising going and to get that first marathon ran while I am still 40 (just), I decided to do the virtual London Marathon option while I waited for my actual place. So now it looks like I will be doing two marathons - this just gives me more chances to raise money!'

Thank you Kelly, you are making a difference to people affected by PSC! 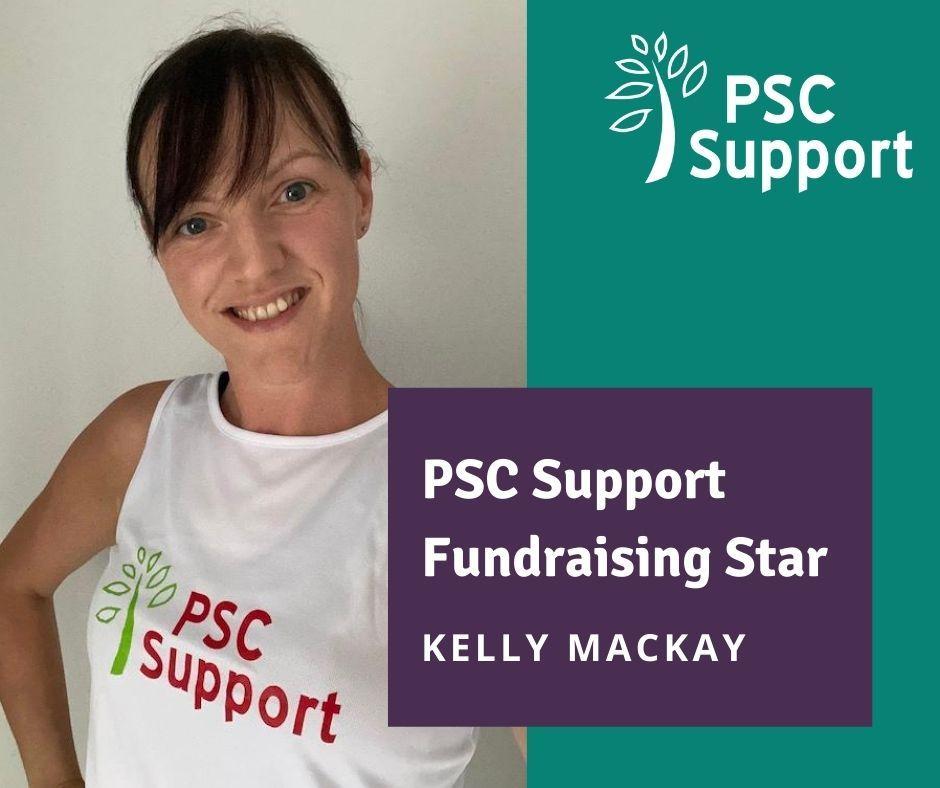