Vancomycin: a promising option for the treatment of PSC 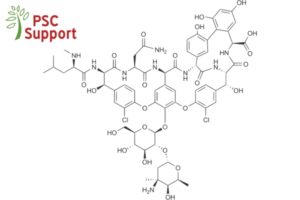 'I receive approximately 3 to 4 emails a month from all over the world from patients and concerned relatives asking me about the possible use of vancomycin in the treatment of patients with primary sclerosing cholangitis (PSC). It has been widely used across the world in the treatment of PSC especially in North America and particularly in paediatric PSC patients.

What is the basis for the consideration of Vancomycin in the treatment of PSC?

PSC is considered to be an autoimmune disease, although the cause of PSC remains unknown. Several mechanisms have been suggested, including dysfunction of the immune system attracting white cells which damage the bile ducts, increased delivery of toxins to the liver through a leaky bowel wall, and direct damage from toxic bile acids. There is increasing evidence that the bacterial composition of the colon, 'the microbiome' in PSC may play an important role in the development of the disease.

The gut microbiota or 'microbiome' is made up of 100 trillion bacterial cells from 500 to 1000 separate species weighing up to 2kg in weight. By contrast, the adult human body is made up of 37 trillion cells. The bacteria have more than 3 million genes, 150 times more than human genes. The gut microbiota is essential for the development and function of the mucosal (gut lining) immune system. It is also contributes important metabolic functions for the human host by breaking down potential carcinogens, producing Vitamin K, folate and important energy sources.

Abnormalities in the gut microbiota

Abnormalities in the bacteria in the gut are increasing thought to play a pivotal role in development of a large number of human diseases   including liver diseases such as non-alcoholic fatty liver disease (NAFLD). A number of recent research papers have shown that 'the microbiome' both bacterial and fungal in PSC is unique and distinct from normal controls and patients with inflammatory bowel disease without PSC and therefore may play an important role in the cause of PSC.

Oral vancomycin is an antibiotic, which is poorly absorbed into the body from the bowel and concentrates in the intestine. It has been widely used for over 15 years for the treatment of Pseudomembraneous Colitis caused by the bacterium Clostridium Difficile. It acts both as an immune modulator in the gut and as an antimicrobial agent, active against Gram-positive bacteria. Oral vancomycin significantly modifies the type of intestinal bacteria, and it is specifically associated with reduced intestinal bacterial counts of Bacteroides and Prevotella species.

In view of these potentially attractive properties, and in the absence of other proven medical therapies, vancomycin has become widely used for the treatment of PSC, both in children and adults. In a recent, timely review article in the journal Alimentary Pharmacology & Therapeutics, Damman and colleagues from the Mayo Clinic in the USA have presented the evidence regarding the use of vancomycin as a therapeutic option for PSC.

At first sight the evidence in favour of using vancomycin appears thin, namely two small short term randomised controlled trials, three case series and two case reports comprising only 98 patients in total. However, both controlled trials showed a significant drop in the primary endpoints of Alkaline Phosphatase (ALP) including normalisation in some patients and significant decreases in Mayo Risk scores after three months of therapy. The three series of case reports confirmed the improvement in ALP. Moreover, in one study significant beneficial changes in immunoregulatory T Cells (a type of white blood cells) were found.

What about long-term use of vancomycin?

These studies, well-discussed in the review, have provided encouraging preliminary evidence of the potential benefits of oral vancomycin treatment in PSC. However, before vancomycin can be recommended for the long-term treatment of PSC, it should be remembered that the total number of patients studied is very small and the period of treatment in the controlled pilot studies is very short in a chronic disease which may progress over a 20year period. Moreover, the studies used reductions in ALP and Mayo Risk score as surrogate endpoints, which have not been proven to correlate with long term survival in PSC.

Is there enough evidence to support the use of vancomycin in PSC?

At the current time there is not enough evidence for doctors to unequivocally state that vancomycin should be used in the treatment of PSC. It is apparent from the existing evidence that the time has come to set up larger, long term double blind controlled trials of vancomycin versus placebo. Trials of faecal transplantation from normal patients to PSC patients to normalise the bacterial composition of the large bowel are currently in progress.

It is likely that manipulation of the bacterial species in the colon, either by antibiotics like vancomycin or faecal transplantation of 'good' bacteria will prove to be of benefit in the treatment of PSC.

Find information about a research study involving vancomycin at Birmingham.

What do we do?
Your PSC stories
Ask the Expert
Posted in Lay Summary, Medicine and Treatments, Research and tagged vanco, Vancomycin